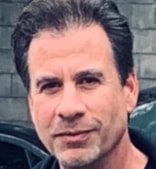 Dr. Edward Dalcour is the Founder and Director of the Department of Christian Defense, a Christian apologetic ministry based in Los Angeles, CA, since 1999. He serves as Tutor of NT Theology at Greenwich School of Theology in London and is a Faculty member at Grace Bible University in Morgan Hill, CA, and he is professor of Theology at Bible Harvest University (Los Angeles, CA). He holds a Master in Apologetics and a Ph.D. in Theology from North-West University. Dr. Dalcour is a theological contributor to various theological journals and publications and has written numerous counter-cult apologetic tracts and pamphlets. He currently resides with his wife and family in Los Angeles, CA.

Laura Powell committed her life to Jesus at age 21 while a senior at Duke University, where she was encouraged to think critically while immersed in a culture of moral relativism. Following her conversion, Laura was discipled and served a year with Doulos Ministries in Colorado, where Laura realized she wanted to attend seminary and go into full-time ministry. A few years later, Laura attended Denver Seminary and then dove into ministry with a passion for spreading the knowledge and hope that had changed her life forever.
Today her ministry includes writing, editing, speaking, teaching, and discipling women. she serve as an apologist with Women in Apologetics (WIA), with an emphasis on Islam and ministry to Muslims. 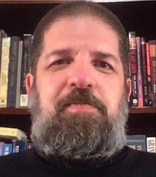 Born and raised in Sudan Pastor George Saieg is all too familiar with Islam. Now the founder and director of Ministry to Muslims, his lifelong experiences with Islam have given him a burden to reach Muslims with  the truth of the Gospel.
God revived Saieg’s passion in 2001, with a vision. While Saieg stood in a shopping center parking lot in Southern California , he envisioned a tent over flowing with Muslims that needed to hear the truth. Saieg immediately asked the parking lot owner for some space to hold a book fair. The man granted
his request and went a step further – he provided a location for an Arabic Christian bookstore.
Just a few weeks later the attack on 9/11 occurred and George realized his calling to expose Islam’s deceptive teachings while also mobilizing American Christians to reach out to their Muslim neighbors. Soon after, he began a Weekly Outreach to Islamic Centers and has been training Christians to share their faith ever since. God has given George a platform speaking in churches and at conferences all across the US. In 2006,  George was ordained as a pastor.